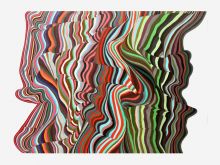 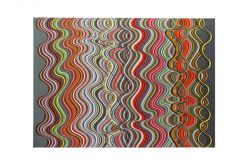 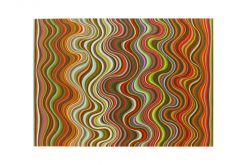 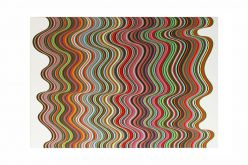 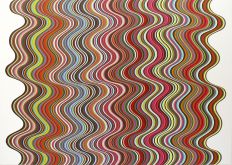 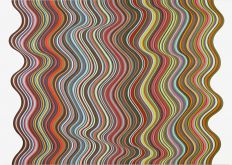 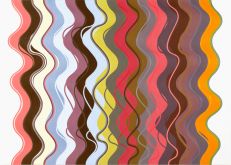 Alighiero e Boetti from Wikipedia, EU and the Eurozone 2015 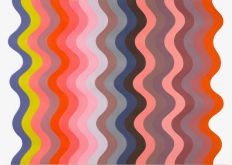 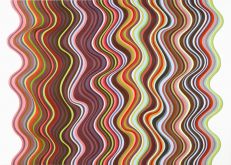 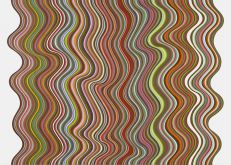 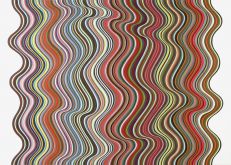 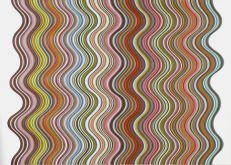 Boetti was particularly noted for his series of woven works depicting political world maps called Mappa, created between 1971 and 1994 and it was a visit to the Alighiero Boetti: Game Plan exhibition at the Tate Modern in 2012 that inspired my Alighiero e Boetti from Wikipedia series of paintings. These works directly reference Boetti’s Mappa series by employing colour coding arrangements that create a visual record of a political or social alliance, at a specific time.

Order, disorder and issues of harmony were concerns that interested Boetti as Art Historian and Curator, Jean-Christophe Ammann concludes...

If Johns’ World maps (MoMA, Ludwig Collection) address the fact that the form and content of a sign, of symbol, remain identical to themselves on any level of abstraction, the Boetti’s world map assumes importance in terms of the limits and the content of that form, which is human society.1

In 2011 I undertook a residency in Berlin where a series of found photo works called the Reunification Series was developed. These photos, sourced from flea markets, were found unceremoniously piled into boxes by the 100’s. An interest in sovereign borders relative to humanitarian and economic alliances, particularly the Eurozone, was developed whilst making these assemblages and subsequently provided material for the Alighiero e Boetti from Wikipedia Series of paintings. This Series involves a cross section of global systems pertaining to scientific, economic, cultural and humanitarian concerns with each painting a record of a selected alliance, that ideally aims to achieve some sort of international harmonic legacy.

Paintings in this series include Alighiero e Boetti from Wikipedia.... the United Nations; United Nations Educational, Scientific, and Cultural Organisation; Svalbard Global Seed Vault 2008 - 2015; EU and the Eurozone; Nobel Peace Prize 1901 - 2015; APEC; World Intellectual Property Organization and the Non-Aligned Movement and optimally the works pose some questions... How potent or reliable is Wikipedia as a source of social and political policy, how effective are these complex, pluralistic co-operations in achieving a desired working mandate and how do we align ourselves or organise ourselves as ententes in global terms?

Each painting is a pragmatic recording of a multilayered system of data pertaining to each alliance and visual components pull and push against each other, fluctuating around a state of equilibrium ie existence of each alliance. The works emerge as a conduit for the idea that cause and effect determining activity of matter in physics, relates in some way to the complexities of how we align ourselves as collectives globally.

Much of Helen Smith’s work can be characterized as a minimalist exploration of geometric form involving careful juxtapositions of color, line, shape and scale. The effect desired by the artist would appear to be less one of passive consumption on the part of her audience than of active participation, as her considered constructions seem engineered to communicate with the viewer on a sub-perceptual level. Objects on the wall or canvas float, flip, hover and oscillate in resonance with the viewer’s own internal processes, foregrounding the latter in an intra-active circuit between inside and outside.

Smith’s latest series of paintings expands on this theme by extending the circuit to include otherly-scaled entities at the supra-na-tional level. In this, she draws inspiration from the large-scale embroidered world maps of artist Alighiero e Boetti. Paintings with such titles as UNESCO or Svalbard Global Seed Vault evoke images of a community of idealistic nation-states working together for the betterment of all. In each case, Smith abstracts the community to be represented, depicting each individual member as an undu-lating ribbon of color, differing in value and hue while nearly identical in sinuous form. The unique color of a given member state is determined by combining, in their respective proportions, the colors found in its national flag. Though seemingly simple, their meaning and method readily grasped, these paintings operate in non-obvious registers to complicate the viewing experience.

Among these registers is scale, as each painting conspires to speak directly to the viewer’s subperceptual apparatus, bypassing, at least initially, her or his aesthetic judgment. Equal or greater in stature to the viewer, Smith’s works have the presence of entities in their own right, but entities which speak a language decipherable only to the viewer’s own constitutive members. Though faint and in a foreign tongue, it is as though the viewer, standing transfixed in front of a painting, feels her or himself compelled to listen in on this ongoing conversation in spite of knowing it is one s/he can never fully comprehend. This effect is only heightened when the viewer learns that it is not the artist who has chosen the colors (or vibrations) through which the painting speaks, but rather entities existing at the level of the nation-state in their determination of the flag that will represent them. By minimizing her own agential contributions to the work, Smith foregrounds those of the other entities involved and encourages the viewer to consider the posthumanist proposition that these contributors might be more varied in scale and active in the world than is generally supposed.

In still another register, Smith’s inquiry leads her to distort the grid which, though remaining hidden, underlies and coordinates the formal elements of her paintings. Found nowhere in nature, the grid might be thought of as the hallmark of the socialized human, the apotheosis of rational thought. But rather than employ the grid in a rational manner to help orient and direct the viewer, Smith instead uses it to destabilize the viewer’s confidence in the very possibility of orientation. Instead of the rigid Cartesian space normally associated with coordinate structures, she uses the latter to construct a topological manifold. The tensions inherent in Descartes’s construction – between real and ideal, predictability and indeterminacy – are allowed to express themselves in its scale-free folds. Entrained by this oscillating manifold, the viewer experiences reality from the inside out. One’s affective state becomes foregrounded, and one is reminded that the linear, objective reality one normally inhabits is but one option among many.